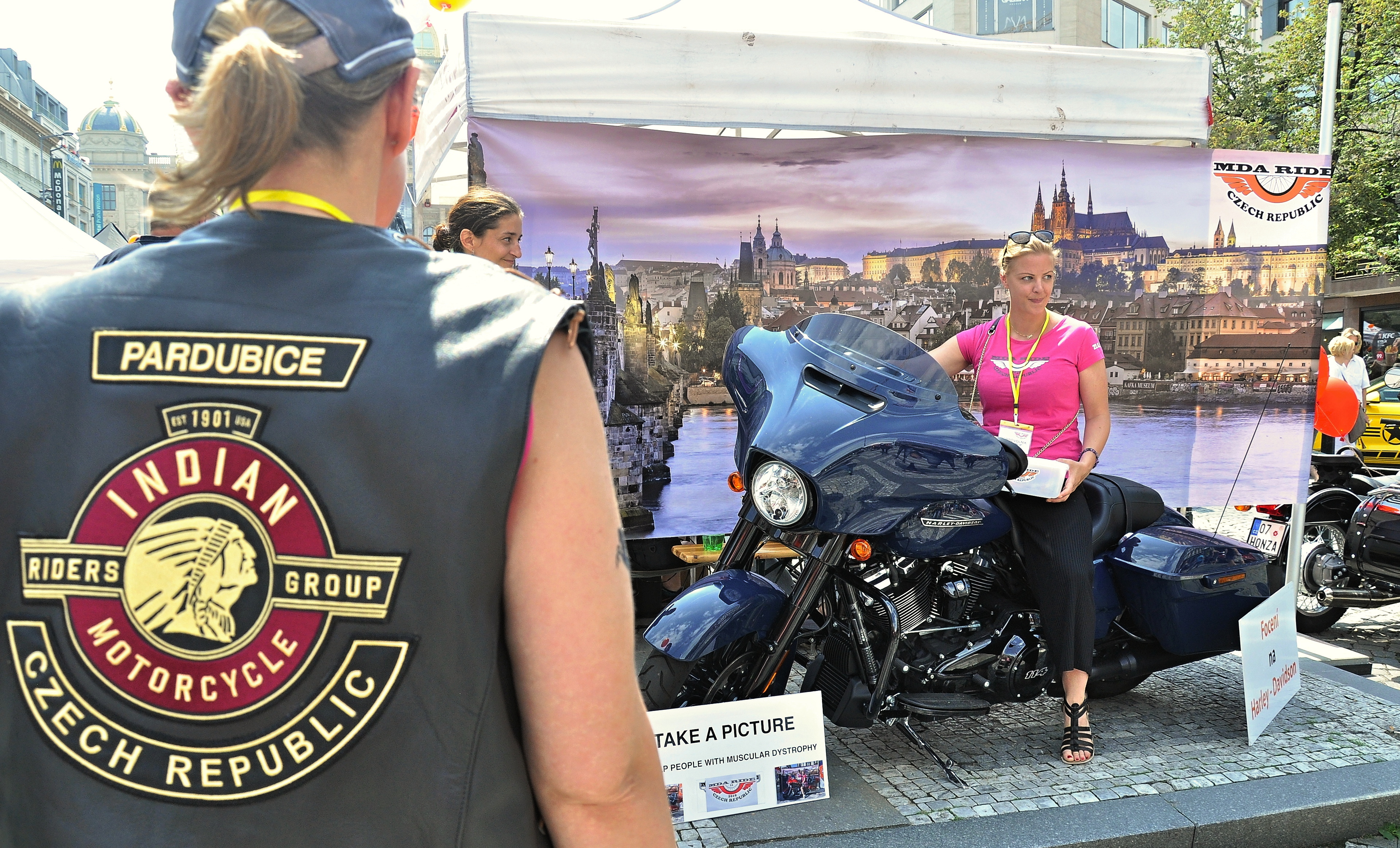 The new MDA RIDE non-profit organization raised a nice sum of 182,000 CZK during the first event that was held at the parking lot of the Letňany shopping mall in September 2009. The journey of the MDA RIDE began. No one expected that it would become the largest motorcycle charity event in Czechia.

Starting with the second year, the event was being held in June and at a new location – at Hořejší nábřeží in Smíchov district of Prague and gained an important partner – the city district of Prague 5. On the offhand, it was possible to raise more than twice the amount. After the third year, it was already more than 1 million CZK in total. A few good-hearted celebrities have gradually joined and still continue supporting the MDA RIDE. The MDA RIDE has become a successful charity event in the meantime. It managed to raise 2.8 million CZK to the benefit of muscular dystrophy patients during the first seven years.

But a breakthrough came in 2016. The event moved to the very center of Prague to Václavské náměstí and sharply enlarged. And not only that – our 8th MDA RIDE broke the million CZK threshold for its fundraising efforts for the first time. This was an amazing amount of money for a motorcycle charity event. And the next ninth event, as well as the tenth one, both were an even bigger success. The eleventh event brought 1.6 million CZK – the fourth amazing record annual yield in a row.

The year 2020 brought worries. But our worries about the 12th and 13th MDA RIDE events were certainly negligible compared to the problems we saw around us. However, we tried our best to avoid a gap in the long history, and utilized live streaming on social media. We were able together to enjoy the MDA RIDE, this great day of solidarity, at least remotely twice in a row. The virtual no. Twelve brought 685 thousand CZK and the virtual no. Thirteen brought a no less beautiful amount of 516 thousand CZK.

This year 14th edition was held again at Wenceslas Square (Václavské náměstí) but for the first time in the area between the buildings of the National Museum. Together, even in this exceptional time, we were significantly involved in the lives of people with muscular dystrophy. Our fundraising efforts broke the 1 million CZK threshold again.

So the MDA RIDE has managed to raise 10.1 million CZK to the benefit of muscular dystrophy patients during the first fourteen years. We are grateful to all the wonderful people for their support so far. We will celebrate the 15th “birthday” in a year, and the MDA RIDE will close its childhood and take the first step to its adulthood.